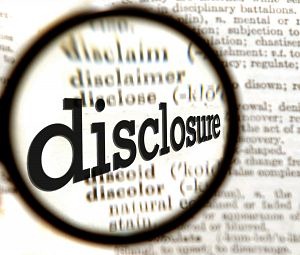 HYPOTHETICAL SITUATION:
During a public meeting, a member of the public declares that Councillor John Doe is in a conflict of interest relating to the adoption of the town’s Municipal Plan because he has short hair.

QUESTION:
Should Council declare a conflict of interest and suspend the business of the Town?

ANSWER:
Of course not. This would be ridiculous. And so is Mr. Fraser Paul’s claim that Councillor Smart, Councillor Wiseman, and Councillor Carey were in a conflict of interest when they voted on the adoption of the Town Plan last fall. While these three councillors DO own land that was rezoned in the 2014-2024 Plan, the amendment to rezone properties to residential was previously decided, voted on, adopted, and submitted to Municipal Affairs by a previous council years ago, before any of these councillors were ever elected. The amendments that were voted on by these three councillors had nothing to do with the rezoning of their land.

In this week’s edition of the Post, it states that the status of this supposed conflict of interest was “repeatedly misrepresented.” The story reads, “On a number of occasions, including a taped interview with the Irish Loop Post, Després has insisted that Council received advice from Municipal Affairs that the remaining members of Council excluding Carey and Wiseman could rule on the allegation of conflict involving the Town Plan.” I made no misrepresentations – I described what happened. Had the editor of the Post not been in such a rush to pronounce judgment, this would have been obvious to him.

Exactly as was carefully explained at the December public meeting of Council, exactly as the minutes of this December meeting reflect, exactly as I repeated during that month’s and the following month’s public discussion period when the very same question was asked again, Council DID receive advice from Municipal Affairs on this matter, and this advice DOES invite Council to recognize its authority to move forward.

This is very plainly written in a letter received from the Minister: “I further understand from your letter that Council wishes to rule on whether or not there is a conflict for these members with respect to the matter in question in accordance with Section 209(2) of the Municipalities Act. 1999 (the Act). However this section applies when a councilor has disclosed a potential conflict and has asked council to make a determination to this effect. Based on the circumstances described above, this does not appear to be the case.” This text makes the situation clear: while a formal vote cannot be held to decide on a conflict of interest, this is inconsequential since no member of Council had declared a possible conflict of interest and no member of Council has felt that Mr. Paul’s accusations had any foundation (as was confirmed by each member). The strength of this interpretation was then confirmed through a number of telephone conversations with Municipal Affairs. It is for this reason that it was UNANIMOUSLY decided that Council would proceed with the vote.

A handful of malcontents have been attempting to derail the registration of the Town Plan by disrupting meetings, spreading rumours and falsehoods, verbally assaulting members of Council during and after meetings, and attacking the integrity of Council members. I am dismayed by how the Editor of the Irish Loop Post has allowed this troupe of malcontents to shape his thinking, and shocked by his readiness to defame the character of community leaders. Journalists are accountable to the public for the fairness and reliability of their reporting, and have an ethical obligation to give people that are publicly accused or criticized the opportunity to respond before such criticisms or accusations are published. Following our public meeting, the editor of the Irish Loop Post left without giving Council the opportunity to address the many misrepresentations in the story and defend the integrity of its members. I will be requesting a retraction in the next issue of the paper. Unfortunately, reputations have already been damaged.

Members of Council are unpaid volunteers trying to do what they believe is right for the Town. Many of the decisions Council has made over the past 18 months are aimed at ensuring that residents are not burdened with the costs associated with poor planning. Our residential taxes are currently amongst the lowest in the province, and we intend to keep them that way. Many other towns, forced to install extremely costly infrastructure like public water and sewer, have triple our tax rate – or more. One third of NL towns with public water can’t provide safe drinking water to their residents. Why should we allow the town to be put in this situation? Our residents deserve better. Smart development and smart growth depend on good planning, and good planning is at the heart of the town’s 2014-2024 Municipal Plan, which has been informed by an extensive public consultation process. We have made big steps to broaden our tax base, attract new business new investments, and increase residents’ quality of life. These efforts are already paying off. The Town Plan represents another big step in this promising direction.