My wife Heather and I pose in front of our church in Witless Bay with the Artistic Directors of Festival 500 (Ki Adams and Andrea Rose) and the festival headline act, Witloof Bay (an a capella group from Belgium), following the free concert that we sponsored & organized. 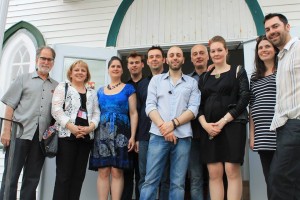 The food drive that we now organize annually was a smashing success last year, with approximately 600 people coming through our house to be spooked by the 30 actors we’d recruited to play various parts. This year’s production of our Halloween Wonderland will be even bigger than last year’s, will last two evenings (October 31st and November 1st) and will take the form of a play! 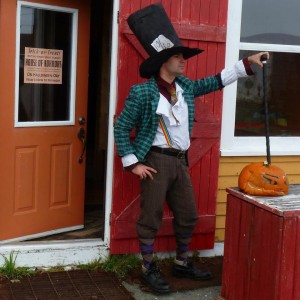 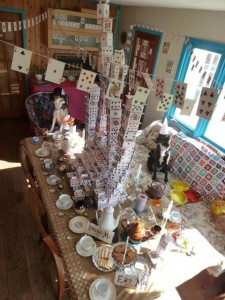 Dressed as Wonderland’s Alice and Mad Hatter, my wife Heather and I have a tea party in the middle of the generous donations we collected during our 2012 House of Horrors Food Drive. 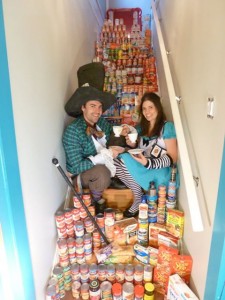 Heather and I play music with the sparks at the old Rec Centre. 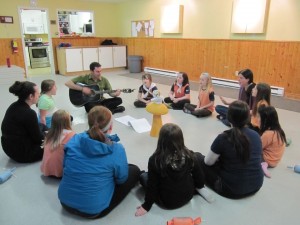 My little sister Joanie and I pose in front of the gingerbread version of our music studio that we made for the reception following our Christmas recital series. 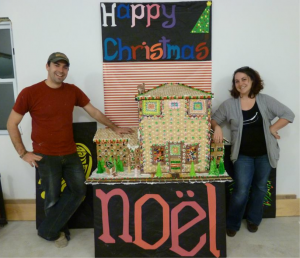 Our float for the 2012 Christmas Parade featured a number of our students dressed up as fisher-people who’d just landed the biggest cod in Newfoundland history. We were awarded The Micheal Harrigan Memorial Award for Best Float” for our efforts. 🙂 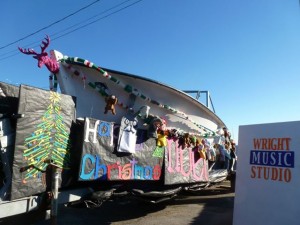 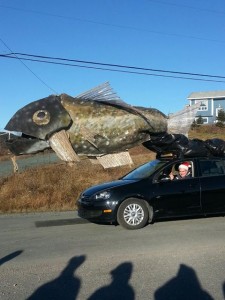 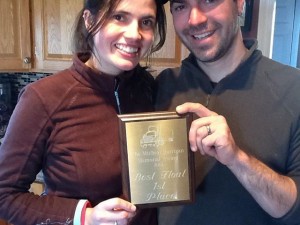 • My priorities,
• My biography
• Our Community Enhancement Committee
• Media coverage of Council